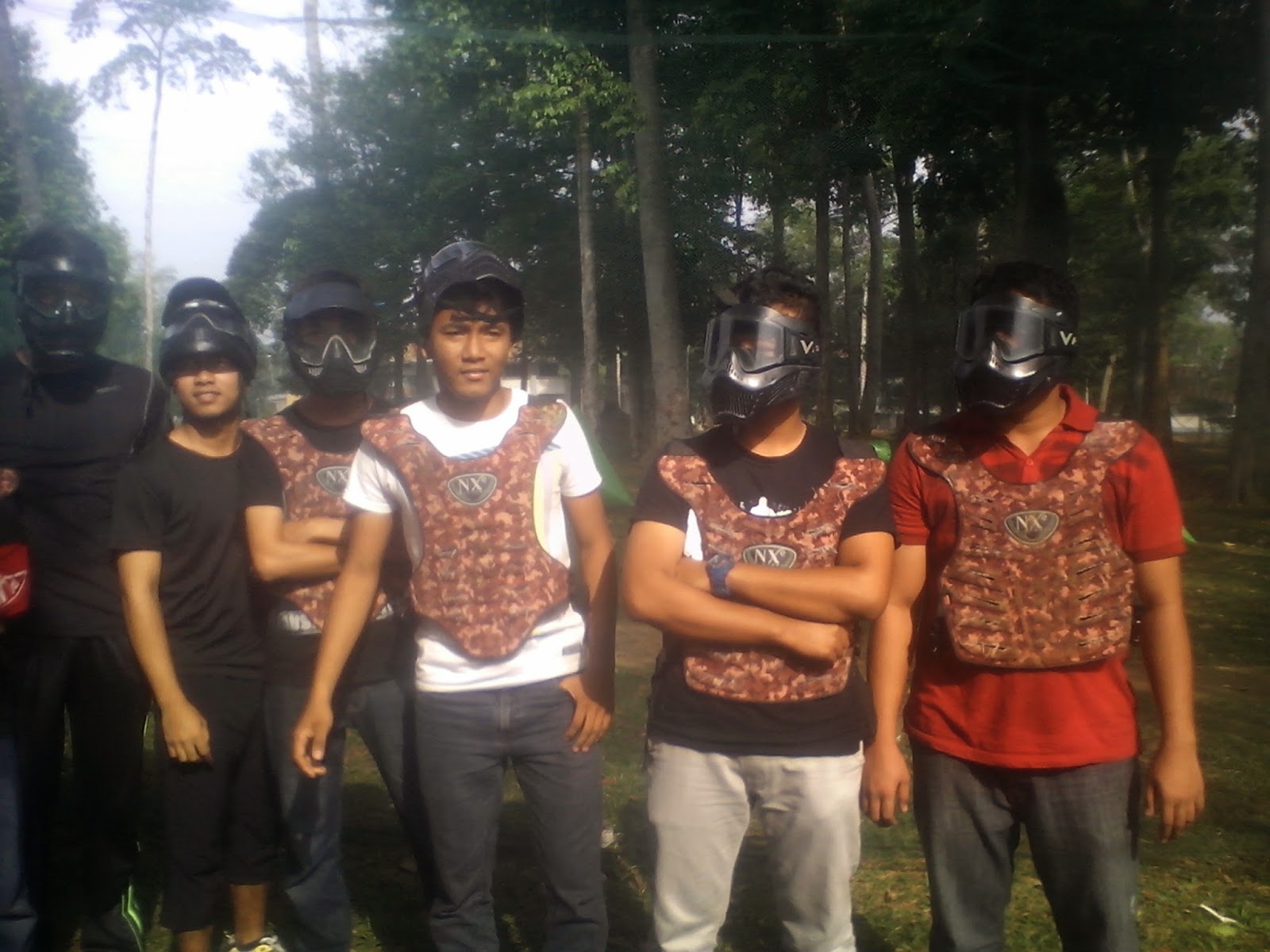 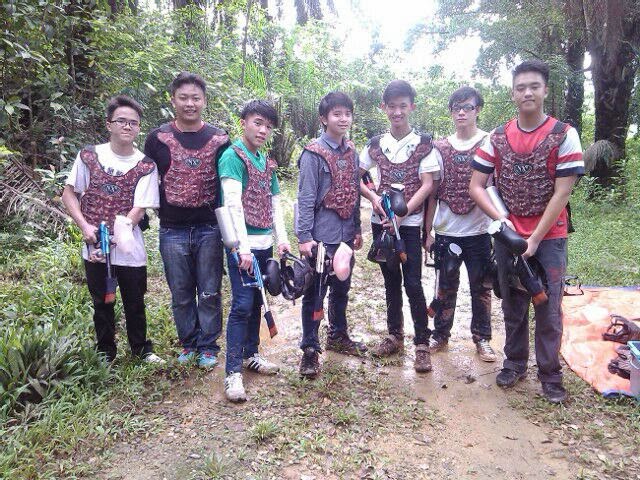 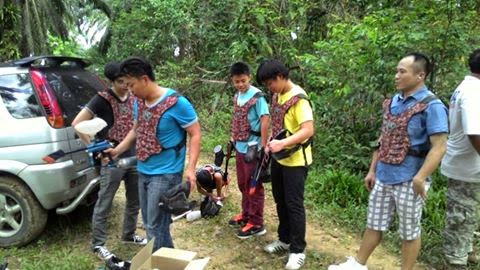 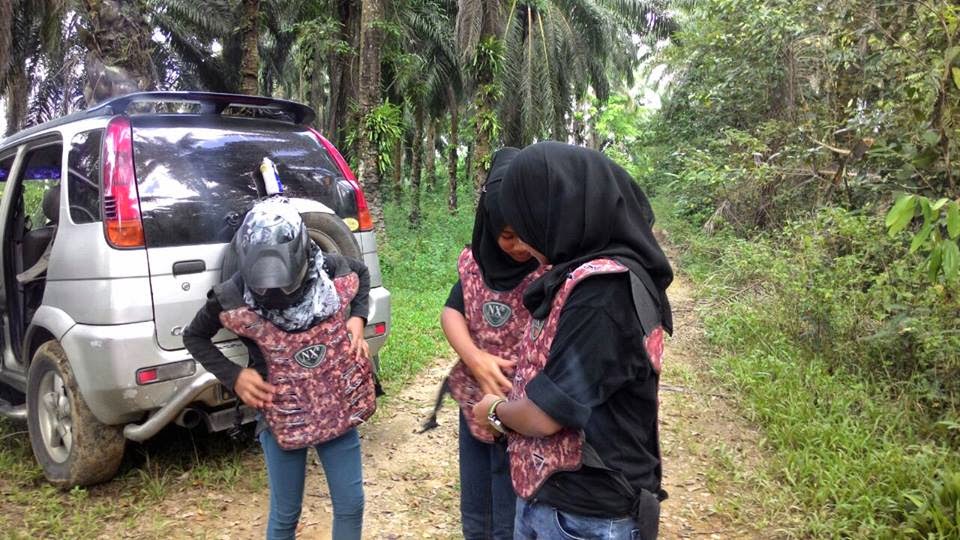 Posted by BlogAdmin at 11:22 PM No comments: 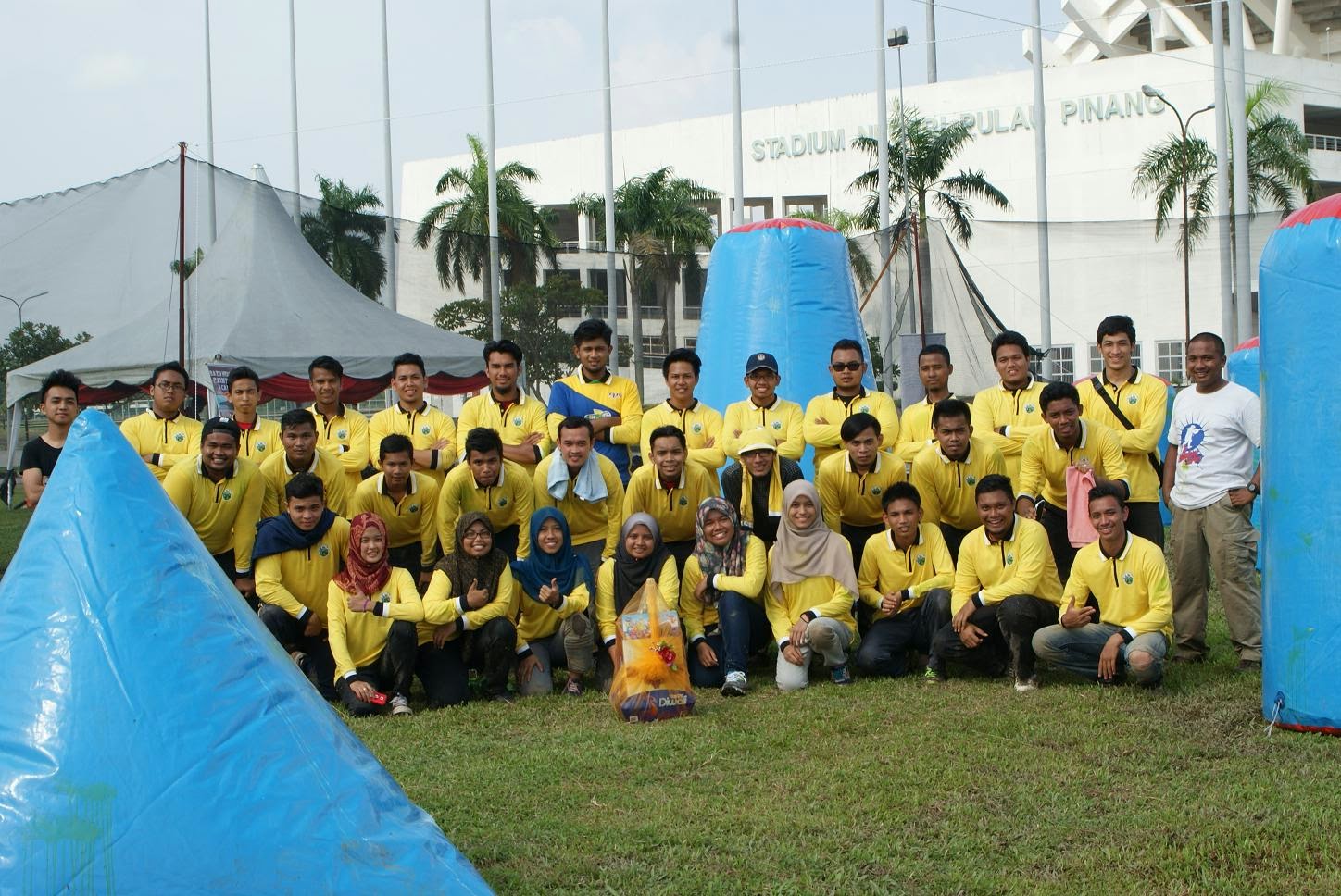 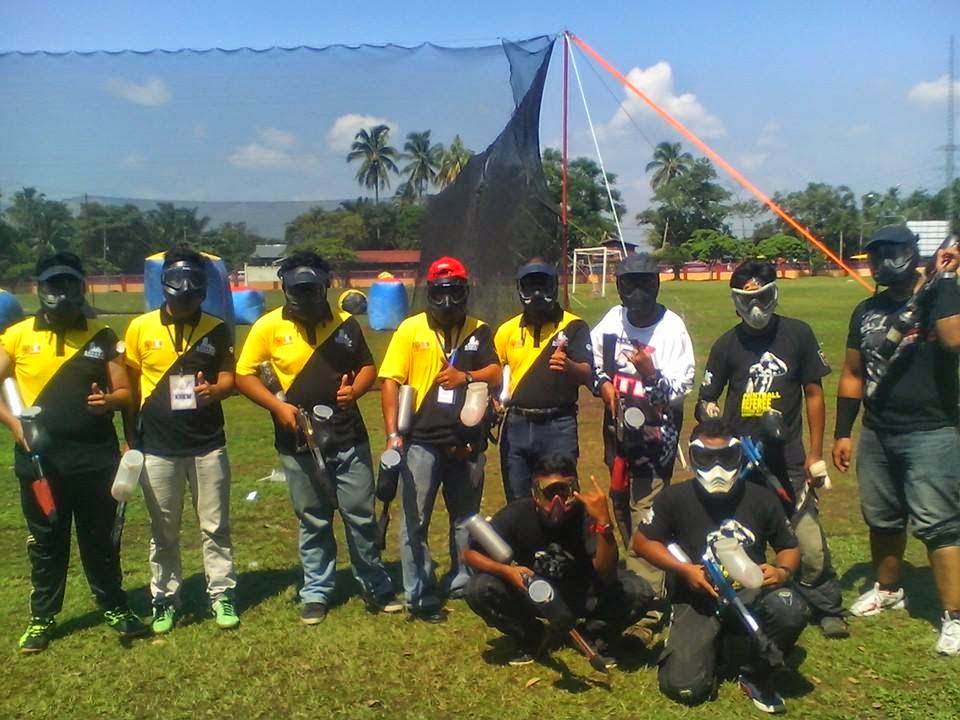 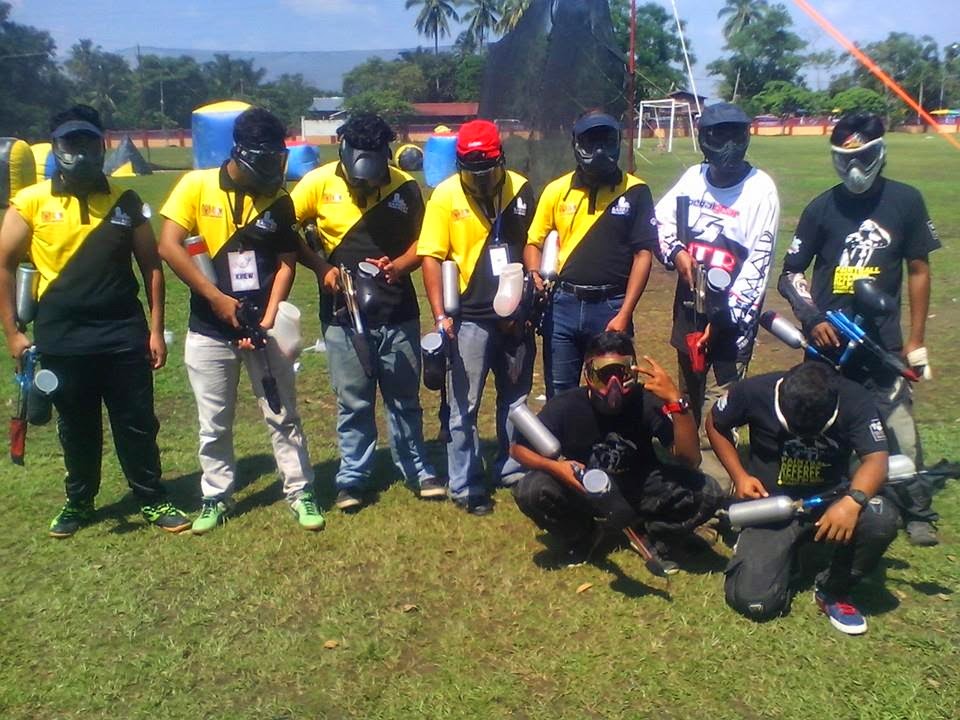 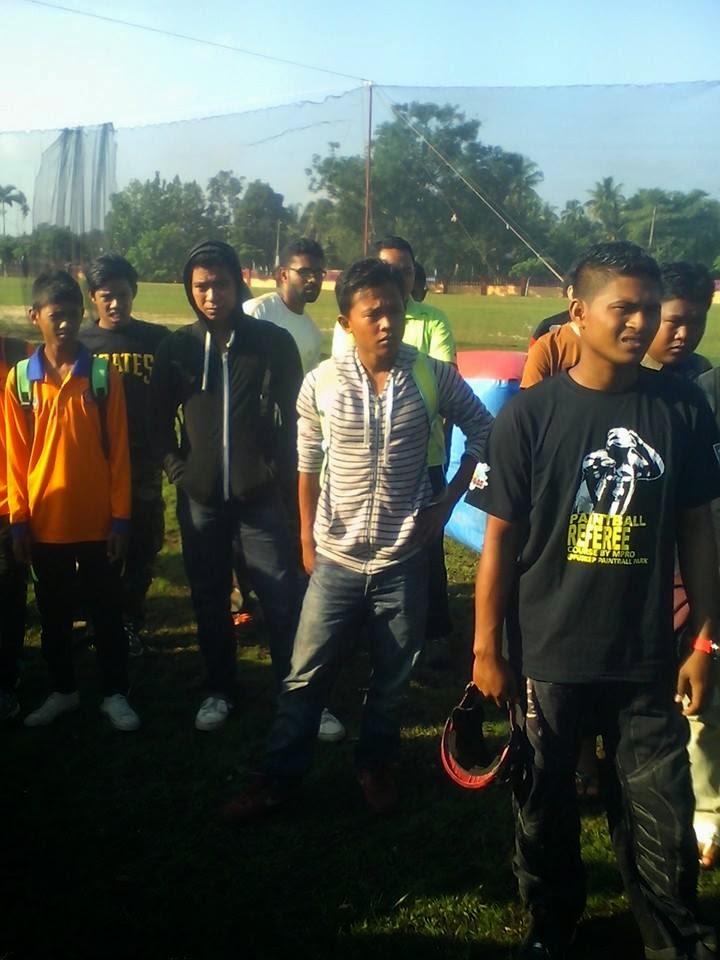 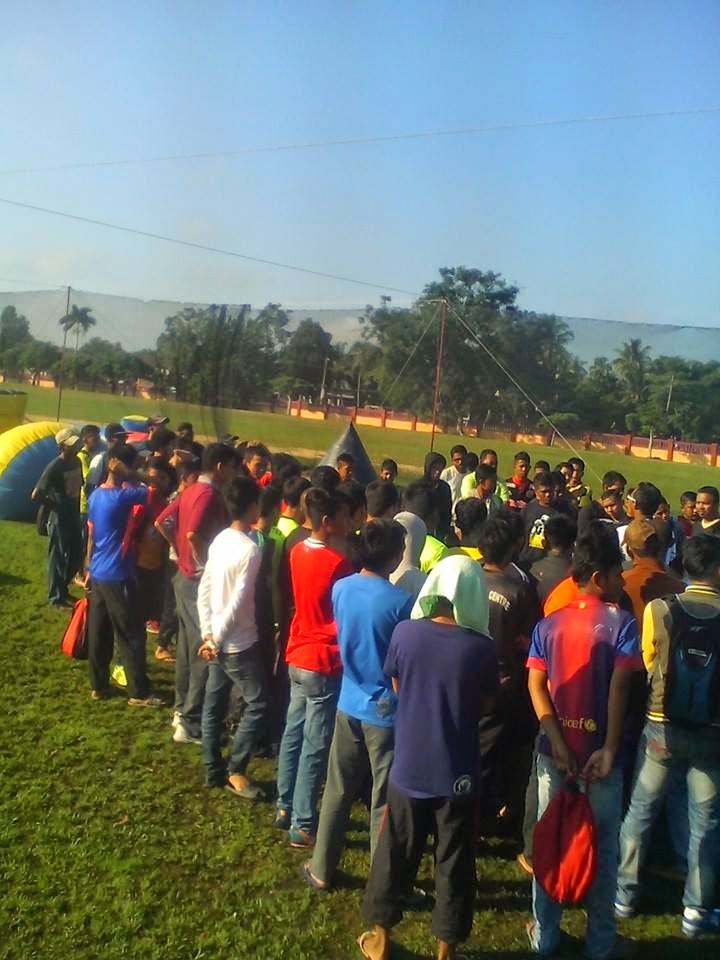 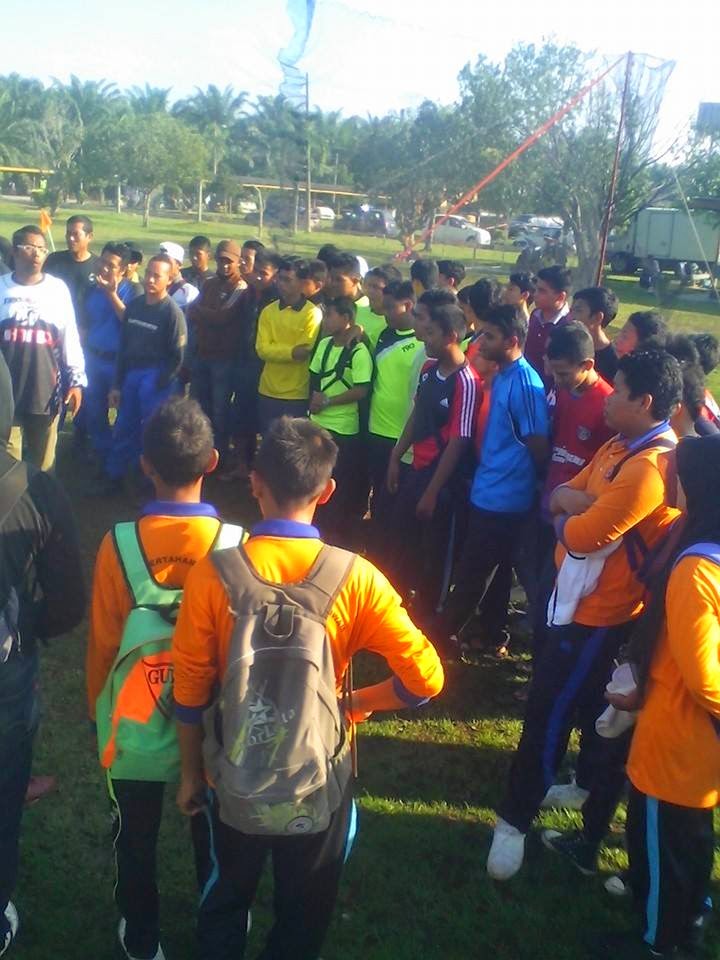 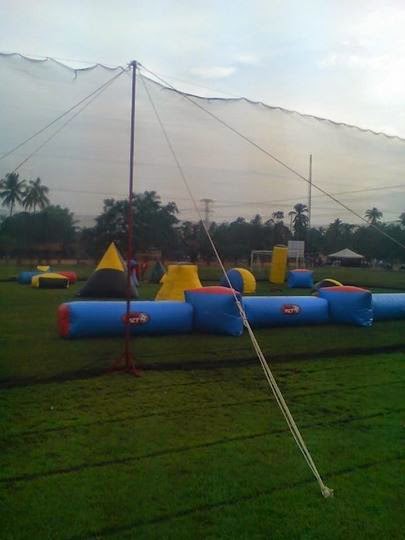 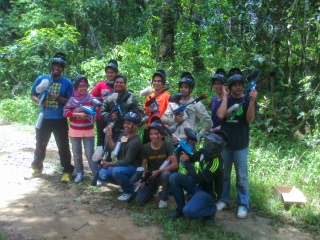 Posted by BlogAdmin at 5:52 AM No comments: 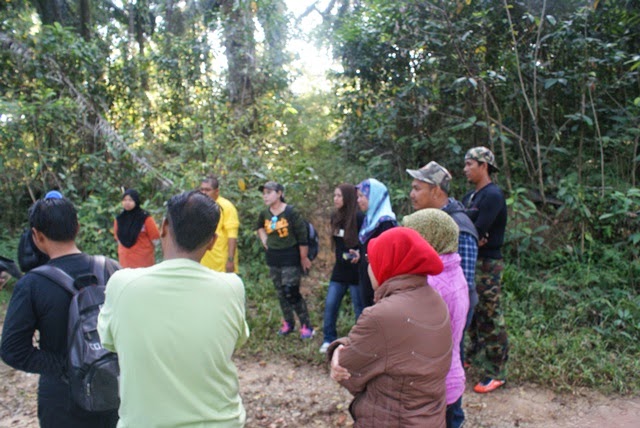 Posted by BlogAdmin at 6:10 PM No comments: 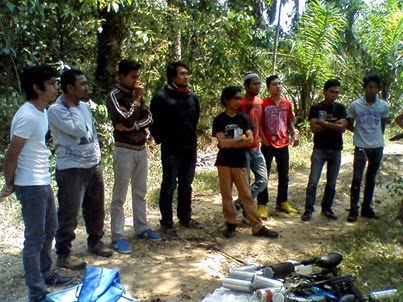 Posted by BlogAdmin at 6:08 PM No comments: 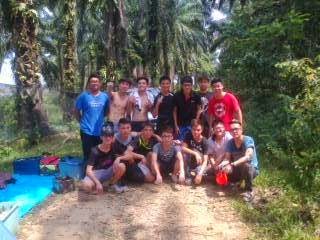 Posted by BlogAdmin at 6:07 PM No comments: 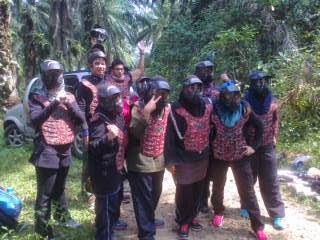 Posted by BlogAdmin at 6:06 PM No comments: 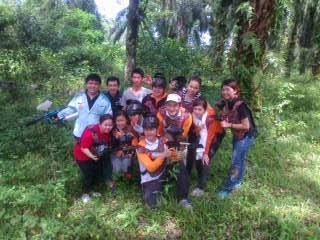 Posted by BlogAdmin at 6:04 PM No comments: 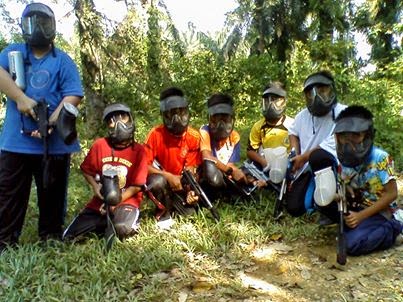 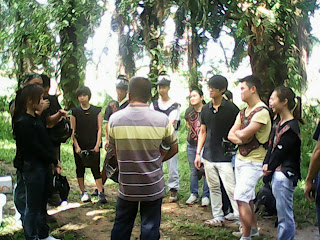 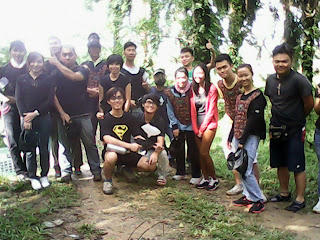 What is Paintball in Malaysia? Is it Safe?

What is?
Paintball Game has gain popularity and is now played in more than 100 countries worldwide. This event is designed to offer rewarding and fun experience. Unlike stressful Tournament play, there are really no losers in this game. No matter who wins the scenario, both the victors and the vanquished will go home satisfied. Conducted against the backdrop of nature’s scenic environment, this game guarantees our participants a high degree of physical and emotional satisfaction that will leave a long-lasting impact on one’s sense of personal achievement and interpersonal bonding within the group!


IS IT SAFE?
Paintball requires observance of proper safety procedure. When safety rules are followed, paintball is extremely safe, with an injury rate of only 0.2 injuries per 1,000 exposures
All players must wear a protective goggle system or MASK at all times. Although paintballs will not cause permanent injury to most of our body parts, they are vulnerable to serious injury especially being hit by a paintball. Paintball masks are specifically designed for this sport. This rule is strictly enforced in all the fields. Should a player violates this rule, he or she will be slapped by a warning before being sent away. If a player's mask falls off during a game, he or she must immediately lie face down on the ground and cover his/her head. Any player who sees this should alert game officials and other players. The game has to be stopped until the player is able to replace their goggles.
In addition to the mandatory use of masks, paintball markers must not fire paintballs that exceed a certain velocity. The standard maximum velocity is 300 feet per second (about 200 miles per hour)
Paintball is a competitive game which requires challenging, high-stakes version of tag, hide-and-seek, or capture the flag. This game also requires specific equipment (goggles, a gun/marker, pressurized gas, and paintballs. It can be played indoors or outdoor, with as few as 6 people or as many as 100; the game may last for 30 minutes to 5 hours

Others
Outdoor activities are subject to weather conditions and may be reorganised to best meet operational situations
Kindly bring along Extra Towel, Personal Toiletries, Mosquito Repellent, Chocolate Bar, Energy Bars
All participants are encouraged to wear army gear (celoreng). Sports shoe is a Must!
The paintball package is suitable for Team Building, Family Day, Corporate War Games, Group Recreation, Student Group Dont worry. Training will be provided for Beginners
Training and Briefing will be conducted so that players can handle playing gears, adopt rules & regulations , code of conduct before commencement of the game
The group will split into 2 teams (depending on the type of game to be played). All of them will play at the same time

No Problem, just e-mail us to reserve our club rental gear. We have the stuff for you and a friend to come out for the day.

Equipment Rental is RM20 for marker (Gun) NO2, mask and hopper. You can buy paint pallets for another RM70 we can supply you with 400 balls.

NEVER SHOOT A REFEREE OR GAME OFFICIAL. Players intenional shooting of the referee will result in ejection from the game.

NO BLIND SHOOTING. Look at your target.

DO NOT SHOOT OUT OF THE PLAYING FIELD, AT THE VIEWING AREA, AT LIGHTS OR WINDOWS

DO NOT CLIMB ON BARRICADES. Do not move or rearrange barricades.

NO PHYSICAL CONTACT: Players must not touch another player or his equipment at any time.

NO VERBAL ABUSE: Profanity, name calling or slurs against other players will not be tolerated.

JUDGES DECISIONS ARE FINAL. Players arguing with judges during a game will be ejected from the game.

The 1st and most important rule is that all players must wear Paintball approved Goggles/Masks at all times during game-play and if they are on the play field at all whether in play or not. The goal of these systems is to protect the face and eyes of the players from injury. The approved systems do a wonderful job of protecting the player as I can attest to having been hit square a few times. The fields are very strict about this rule cause if they are not they will lose their insurance or be fined. Each and every time before you play for the day inspect your goggles to make sure they are in tip top shape and pay special attention to the lenses for cracks. If you see any cracks in the lenses DO NOT use those goggles they WILL NOT be safe until you get NEW lenses installed. If you have ever taken a direct hit in the lenses it is recommended that you Do Not Use those goggles until New lenses are installed due to the fact that they may have been weakened and not give proper protection.

Barrel Plugs/Socks:
The 2nd most important rule is that all players must affix their Barrel plug or Sock on when not on the field or when they have been eliminated and are walking off the field. A barrel plug/sock is a piece of equipment that can come in many styles and types that all have the goal of preventing a Paintball from being shot from the marker. The use of a barrel plug/sock is important because they prevent accidental injury due to close range shots while not on the field. Below are some images of the different barrel plugs available (the industry seems to be leaning towards the Barrel Socks because they provide better protection than Plugs)

A gun that shoots balls at a higher V0 than the fields or tournaments legal limit is called a HOT GUN and the player will get disqualified.


Referee/Marshalls Administered Games:
Referees in Paintball are often called marshalls. They assure that all players stick to the rules and perform paint checks on players during games. A player that is unsure wether he was hit or not can call a marshall to get paint-checked. Games at official fields are usually if not always refereed by a minimum of 2 referees. These referees are trained to watch for safety related issues and if they see any they have the authority to do whatever they feel is appropriate to repress the issue, anything from removing the offending player(s) or stopping the game-play.


Dead Zone (Staging Area)
All fields have an area that is apart from the play fields for the purpose of preparing yourself to play. This area is usually called the "Dead Zone", Safe Zone" or "Staging Area". It is where all players meet before playing to be divided into teams, hear the rules and regulation for the field, return to when eliminated and to get equipment ready for play. In this area it is against the rules to fire your marker at all regardless of whether it is loaded, because in this area players do not have to have their goggles on. Players MUST have a Barrel Plug or Sock on their marker when in the Staging Area.

So as you can see from the above information there are plenty of reasons Paintball is listed as one of the safest sports even safer than Bowling. There are less injuries in Paintball than in most other sports even the non extreme sports like Baseball, Basketball etc

* ALWAYS wear a paintball masks when they are on a field, regardless of whether or not there is a game going on. Accidents happen, and a paintball mask could save someone from losing an eye.
*
* Listen to the ref and follow the rules of the paintball field. Rules exist for player’s safety. When everyone follows them, people can concentrate on the fun stuff – playing paintball.
* Use a barrel plug or barrel sleeve when paintball guns are not in play. These simple safety devices can protect someone from serious injury if a paintball gun accidentally goes off. Also a barrel plug/sleeve lets other people know that someone is out of play so nobody gets unnecessarily shot up.
*
* Dress appropriately. Long pants and long-sleeved shirts provide protection against the impact of paintballs. The right clothes lets players run, slide, crouch and do other maneuvers more safely, as well.

* Crank the velocity of a paintball gun up. Guns should chronograph at no more than 300 feet per second (fps), or even lower if it is a small field. Velocities that are too high make paintballs burst inside the barrel more often, and increase the chances of a paintball injury occurring.
* Shoot people if they are too close. Paintballs can come blazing out of marker at 300 feet per second! It’s important to give them time to slow down. Commercial paintball fields normally have rules about how far apart players have to be to shoot someone. When in doubt, play it safe: don’t shoot at anyone closer than 15 feet.
* Shoot at anyone or anything that is not part of the game. It’s cruel and it gives paintball players a bad reputation.

* Have a positive attitude. Things aren’t always going to go a person’s way during a paintball game. But players can always learn something from every game. Soon enough, a player will have another chance to play, and improve on their mistakes. A positive attitude will make a person a popular teammate among fellow paintball players.
* Work as a team. Coordinated assaults work much better than solo efforts. People can: provide cover for each other as each paintball player takes turns moving ahead, communicate information and objectives, and give each player a clear mission or objective (e.g., one or two guard the flag station, two try to flank left, etc.)

* Cheat. People who wipe paint off instead of admitting they have been eliminated make the game unfair for everyone. A wiper will get caught sooner or later and risk getting kicked off the paintball field. Nobody wants to play with a cheater.
* Give up. Even if a player runs out of paintballs or air, they can still be useful to their teammates. Players can try pretending they can still shoot; this will keep opponents at bay for a while. When that stops working, players can relay information about the opposition to your teammates, sacrifice themselves as a distraction while someone else tries to accomplish a goal, etc.

Newbies Quick tips
Woodball or Speedball
1. Don't Ground Hog.
2. Raise your gun when your hit & walk off out of fire.
3. It takes time practice &
skills to improve your game.
4. Don't get into a fire fight
brake off contact reposing
& reengage.
5. Wear Proper clothing.
6. If you rent equipment ask
how many hoppers to air fill
and keep your tank filled.
7. Stay alert and never focus too much on one Target. 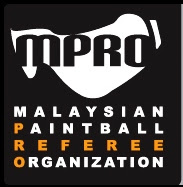